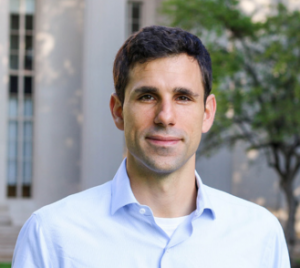 Earlier in his career, César completed postdoctoral research with Prof. Robert E.W. Hancock at the University of British Columbia, where he also received his Ph.D. in Microbiology and Immunology.

Dr. de la Fuente’s scientific discoveries with collaborators across the world have resulted in over 40 peer-reviewed publications to date. He is first inventor and co-inventor of multiple patents and has consistently been awarded independent funding, including a prestigious doctoral “la Caixa” Foundation Fellowship awarded by the King and Queen of Spain, and a Postdoctoral Fellowship awarded by the Ramon Areces Foundation. Several technologies that Dr. de la Fuente has helped develop are currently under development, and one has been licensed.

César is a recipient of numerous awards, including most recently being recognized by MIT Technology Review as an “Innovator Under 35” and being named “Boston Latino 30 Under 30”. His research focuses on addressing some of the main global health challenges of our time (e.g., antibiotic resistance, microbiome engineering) by using a convergence science approach at the intersection between synthetic biology and computational biology, which merges principles and tools from peptide design and engineering, synthetic biology, microbiology, nanotechnology, bioengineering, and computational biology.